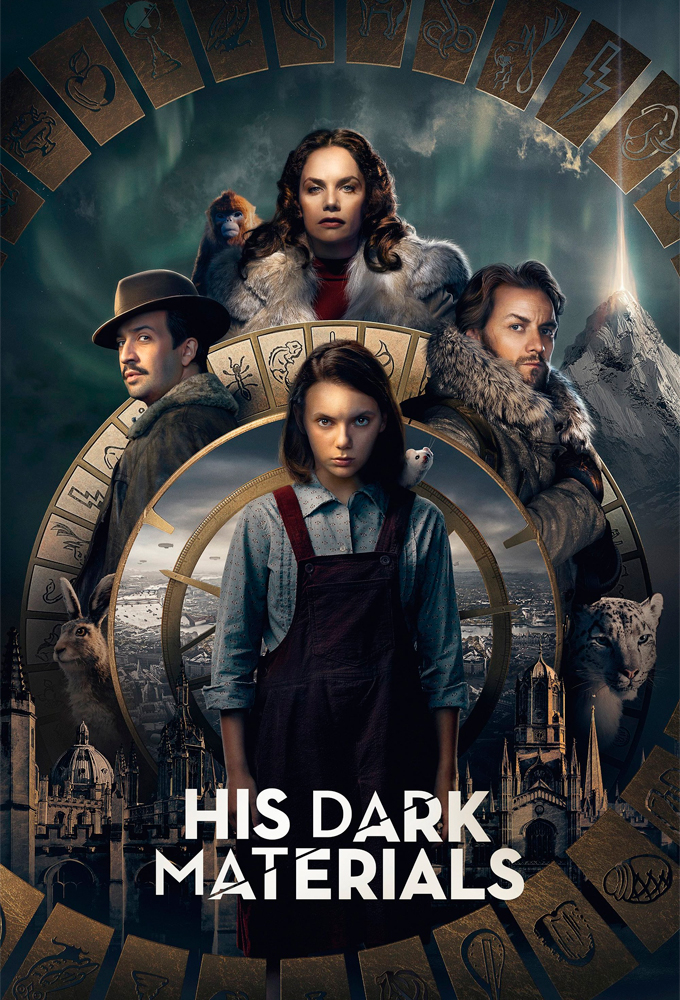 In an alternative world where all humans have animal companions called dæmons, which are the manifestation of the human soul, a young orphan living with the tutors at Jordan College, Oxford discovers a dangerous secret that involves Lord Asriel and Marisa Coulter. In her search for her missing friend, she uncovers a slew of kidnappings and its link to the mysterious substance called Dust.


‘His Dark Materials’ Review: A Fantasy That Keeps Too Many Secrets

Based on the Phillip Pullman trilogy, the new HBO series leaves much to the imagination

Lyra Belacqua, the young heroine of His Dark Materials, spends a lot of time in the new HBO fantasy epic asking adults to explain what is happening to her and those around her, and why. The adults either try to change the subject or awkwardly tell Lyra that she’s not ready to know yet.

“Frustrating as it may seem, that’s not a question for me to answer,” one tells her. “I can’t ask you to trust us, Lyra. I can only hope we’ll earn your trust.”

His Dark Materials starts out treating its audience the way the grown-ups treat Lyra. The show — based on a series of novels by Phillip Pullman (one of which was previously adapted into the 2007 film The Golden Compass) — has many secrets, none of which it’s willing to reveal just yet. And it hopes viewers will trust in the story and be patient.

Unfortunately, the early episodes do little to earn that trust. The story feels thin, as creator Jack Thorne (Wonder) focuses more on establishing the particulars of the series’ alternate world. Yet the world-building also does a very poor job of explaining how things work and what the stakes are.

The show takes place in a parallel version of England that resembles the 1950s, though technology is a bit different. (Gleaming metal airships dot the skyline, for instance.) Humans are all accompanied by a “daemon,” an outside manifestation of their soul that appears in the form of a talking animal; for a child like Lyra (Dafne Keen), her daemon Pan will keep changing shape, only settling on a final version as she nears adulthood. The world is ruled by the Magisterium, a religious order that suppresses any knowledge that might challenge its own teachings.

Much of this is explained via title cards in the premiere’s opening moments, and Thorne often treats them as if they are all the exposition required. They are not. It’s never clear, for instance, how total the Magisterium’s rule is, nor the level of influence it has over the day-to-day existence of ordinary people. Lyra has grown up at a college that is protected to a degree from Magisterium rule, but that’s vague, too. When her uncle Asriel (James McAvoy) presents the college faculty with his findings on a substance called Dust, they react like his research is scandalous and heretical. But the show never elaborates beyond that initial idea, even as Magisterium-affiliated characters keep obsessing on ways to access and control Dust.

I haven’t read the books, but I gather that in them, the Magisterium is much more explicitly a version of the Catholic Church that never ceded its power over Europe. Thorne and everyone involved with making the HBO series, on the other hand, have gone out of their way to insist the show is not attacking any one religion, or even the idea of religion in general — no doubt because that’s bad for business. (No one ever made a sequel to The Golden Compass, in part because Christian groups protested it.) Without that specific parallel, the Magisterium is just a generic shadowy organization whose leaders pursue a nebulous agenda because the hero has to face some kind of opposition.

Even the daemons, which should be the diversion from our reality that’s easiest to grasp, aren’t well-articulated. Some are absolute temperamental matches with their humans, while others are polar opposites. In one episode, Lyra is startled to encounter a daemon far away from its human, but the scene has no impact because the show waits until later to explain that humans and daemons are always in close physical proximity.

Parts of the series are presented from Lyra’s innocent point of view, but not all of it. Most of the adults — save for the Gyptians, a tribe of lower-class nomads who travel on houseboats — have hidden agendas. This means that large swaths of the show play out without any indication of why things are happening — or even what’s happening. The early plot, such as it is, involves Gyptian children being abducted by a mysterious group known as the Gobblers, but even that exists at the series’ margins at first. There’s precious little to grab onto, save for the performances.

Fortunately, many of those are spot-on. Keen, who was the feral young mutant in Logan, remains an impressive screen presence at a young age. As Lyra’s potential new guardian Mrs. Coulter, The Affair‘s Ruth Wilson is meant to be as enigmatic as everyone else, but her Cheshire grin makes that intriguing rather than annoying. (And while this parallel world as a whole is quite drab, Wilson is outfitted in a dazzling series of bright dresses and coats, an easy shorthand for why Lyra and others are so quickly impressed with her.) And as “aeornaut for hire” Lee Scorseby — think Han Solo in a hot air balloon — Lin-Manuel Miranda arrives in the fourth episode to bring some desperately needed life to the series as a whole, and to Lyra in general. His Texas twang comes and (mostly) goes, and he’s acting in an entirely different show from everyone else (other than perhaps Keen, who lights up whenever they share the screen) but it’s also a vastly more entertaining show.

The episode that introduces Miranda — as well as a talking armored bear named Iorek (Joe Tandberg) — takes place in the frontiers well north of London, and allegedly outside of the Magisterium’s sphere of influence. It’s the first time many of the characters feel free, and the show exhibits that same sense of looseness. After three hours of narrative throat-clearing, the tone lightens considerably and the action begins in earnest. Too much is still being hidden — from Lyra and from the audience — for the story to be engaging as it wants to be, but it was the first time I could even begin to grasp why Pullman’s books became such a phenomenon.

Massive fantasy epics set in worlds similar but not identical to our own don’t need to spell everything out for the audience up front. Game of Thrones, to cite HBO’s previous entry in the genre, revealed itself very slowly over time. But it had vibrant characters right from the start, and the conflicts were clear, even if we didn’t know all of the backstory behind them. His Dark Materials is much sparser on the character front, and it treats its secrets as hooks in and of themselves, rather than as complicating factors to a story being more clearly told.

After the umpteenth time an adult deflects one of Lyra’s questions by suggesting she’s better off not knowing the answer, she roars, “I am so bored of being told that!” Going forward, His Dark Materials would do well to listen to her, or at least to have so much happening that we don’t have to dwell on how little we know.