Sony is the conglomerate behind Sony Pictures Entertainment. Its major studio subsidiary is Columbia Pictures. The company is also friendly to independent producers with its own arthouse division that is called Sony Pictures Classics. The company, through its distribution subsidiary called Screen Gems, also backs genre and B movie producers. With a 17 percent share of the entire US and Canadian markets, Sony is considered as the biggest studio these days. It also owns companies and prominent film brands like Tri Star Pictures, Sony Pictures Animation, Destination Films, Triumph Films, Stage 6 Films and Affirm Films.


Comcast/General Electric owns NBCUniversal and is the company behind Universal Pictures. It also owns Focus Features that it uses for arthouse and independent movies. It has a 13.6 percent share of the US and Canadian markets. Other companies under it are Illumination Entertainment, Working Title Films and Universal Animation Studios.


News Corporation is the outfit behind the Fox Extertainment Group. The major studio subsidiary is 20th Century Fox, while independent movies are distributed through its Fox Searchlight Pictures. Other companies under News Corporation include Fox Faith, 20th Century Fox Animation, Blue Sky Studios and Fox Animation Studios. It also has a minority stake in New Regency Productions. The company owns a 10.6 percent share of the US and Canadian markets.

Viacom is the conglomerate behind the Paramount Motion Pictures Group. Its major studio subsidiary is Paramount Pictures, while arthouse movies are released under the name of Paramount Vantage. It also has a company dedicated for B movies called Insurge Pictures. It has an 8.5 percent share of the entire North American market. It also owns MTV Films and Nickelodeon Movies.

Harvey and Bob Weinstein established The Weinstein Company in 2005 after leaving Miramax Films, which they had helped establish in 1979. It holds the right to Dimension Films, an outfit that the brothers regularly use for genre movies. While it had a hit back in 2007 with the movie called “1408,” it then experienced a dry spell of two years without scoring a blockbuster. Their long relationship with Quentin Tarantino has helped the outfit turn around its fortunes, with the success of the director’s 2009 movie “Inglourious Basterds” considered as a watershed moment for the company.


MGM has downgraded itself from being a major studio into a minor media company that distributes films and television content. It fully owns United Artists after it bought out the shares of Tom Cruise and Paula Wagner. It still owns the rights to the franchise of the James Bond movies. Its home video and overseas theatrical products are distributed by 20th Century Fox. Columbia Pictures, on the other hand, has helped distribute the first two Bond movies that starred Daniel Craig, with its mother company Sony helping out in subsequent releases.


Steven Spielberg, Jeffrey Katzenburg and David Geffen established Dreamworks in 1994. Though not a full-service studio, Dreamworks arranges for the production and financing of movies. It then ties up with one of the majors for help in the distribution. It actually had a brief stint as part of the Viacom group, but it became independent again after over two years. The Reliance ADA Group of India currently backs the company. Katzenburg has since completely divested from the company and now runs a separate studio called Dreamworks Animation.


Profitability in Hollywood is not always a pretty picture. With tentpole budgets spiraling towards $200 million and marketing costs nearing that, studios must get creative to make money.

In turning a profit last year, the movie houses proved far more inventive than their recycled story ideas would suggest. The most profitable studio of 2014 was Walt Disney DIS +0.30%, whose film entertainment segment netted $1.7 billion on revenues of $7.2 billion. Walt Disney’s impressive scoop is thanks to hit movies such as Maleficent, which grossed $758 million worldwide.

We ranked profitability by looking at operating income as a percentage of revenue in the recent financial filings of the six publicly traded entertainment giants. The film division with the largest profits in comparison to its revenue is deemed the most profitable. For companies that report fiscal years (Disney, Sony , 21st Century Fox and Paramount’s Viacom VIAB -0.81%), we combined quarterly results for the 2014 calendar year; for all others, we examined annual reports.

The data shows that box office wins don’t always equal profits: after ticket grosses are shared with theatres, studios often must pay a percentage of a movie’s profits to its stars, as well as cover the costs of producing, marketing and releasing a film.

Undeterred by the failed Comcast/Time Warner merger, NBCUniversal outdid itself and recorded its most profitable year ever. The studio notched $711 million in profit on $5 billion in revenue – the second best ratio in Hollywood. The Comcast subsidiary saw its film revenue drop 8%, but 2015 has already more than compensated: NBCUniversal released the unstoppable Furious 7 in April, while its sequel slate of Pitch Perfect 2 and Ted 2 will own this summer’s box office.

Once the theatrical run of a film is over, studios make money from home video, video on demand, and through syndicating hit TV shows, as 21st Century Fox was able to do with Modern Family. Rupert Murdoch’s 21st Century Fox clocked the second highest profit of the publicly traded studios, earning $1.5 billion in 2014. It measured revenue of $10.3 billion, largely from betting big on books that turned into box office hits hits such as Gone Girl and The Fault in Our Stars. Its slate, which included sequels Dawn of the Planet of the Apes, X-Men: Days of Future Past and Rio 2, grossed $5.5 billion in 2014 – more than any other studio and a new annual record.

Warner Bros.’ films grossed a collective $4 billion in 2014, but the studio pocketed $1.2 billion in profit from $12.5 billion in revenue. This was up 23% on 2013’s tally. The studio weathered its fair share of flops: Transcendence, Blended and Winter’s Tale all failed to perform. Its pockets were fattened by the last Hobbit movie, plus popcorn cruncher The Lego Movie which has a sequel in the works. The studio is also expanding its $5 billion television business internationally, paying $267 million for production company Eyeworks which operates in 15 countries.


Sony , meanwhile, saw its usual reporting delayed by a hack that led to the leak of 170,000 confidential emails and 30,000 documents. It was a tough year for the studio, with expensive tentpoles The Amazing Spider-Man 2 failing to meet expectations, while management lost its powerful co-chair Amy Pascal. Still, profits were largely unhampered: operating income rose to $540 million on revenue of $6.9 billion.

The title of least profitable studio goes to the Viacom-owned Paramount. Despite an increase in its films’ performance at the international box office, the filmed entertainment division tallied just $219 million on revenues of $3.7 billion. This was a decrease from 2013, when profit surged thanks to selling distribution rights for Marvel movies to Disney. 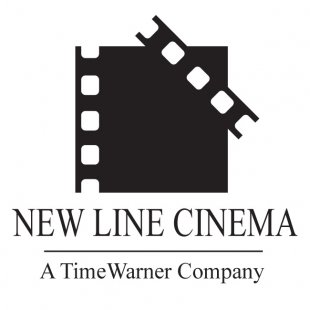